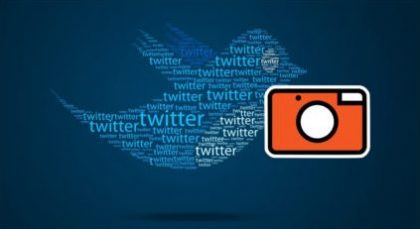 Twitter Will Present Similar Instagram Features Stories – Twitter is one of the online social networking and microblog services that allows users to send and read text-based messages of up to 280 characters known as Twitter. Twitter is still the most comfortable place to complain for our poor friends, behind the tumultuous hedonism of Instagram users.

Twitter does not want to keep innovating for its users to keep them from getting bored, recently reported that Twitter is working to attract Twitter’s attention, which is said to be developing a “News Camera” feature like the Instagram Stories feature that users like.

Of course smartphone users who are loyal today using social media must be familiar with Instagram. One application for photos and videos that is now under the umbrella of Facebook continues to accelerate its growth even to defeat Twitter.

Yes, it’s true that one of the features that many Instagram users like is Instagram Stories, or we often call it Insta Story. Through this feature not a few users can share many stories about the photos or videos they upload and can last up to 24 hours.

Posts created by News Camera will be called "Moments" pic.twitter.com/54TZeXh1IC

Jane Manchune Wong as a person who likes to research an application, through her Twitter account, she shares a screenshot of coding Twitter services and a little “News Camera” feature. Jane Manchune Wong also mentioned if later Twitter users can create new posts by clicking on the camera icon.

You swipe left on home screen to activate to launch it.

Not only that, because this post will be titled Moments. The term Moments itself was used by Twitter some time ago but it was removed in October 2018 and if this news is true, Twitter seems to want to revive the Moments feature.

Besides Jane Manchune Wong, there is also Matt Navara via his Twitter account that demonstrates how the News Camera feature works. By looking at this, Twitter immediately spoke up that they were developing a feature to make it easier for users to share photos and videos.

Thus the review about Twitter will present a feature that is very similar to Instagram Stories, so the above review can be information for you, especially active Twitter users, and so let’s look forward to the launch of the feature!