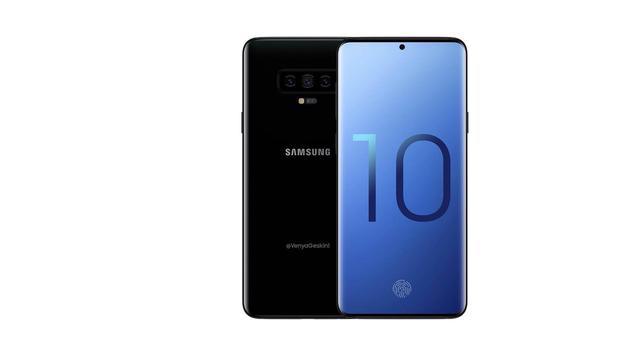 SEOUL – Last week was a busy period in rumors or leakage of the Galaxy S10 + display. And starting this week, Turn the Rumors of the Samsung Galaxy S10 circulating on the Internet through leakage of each source.

Citing sources from Forbes, the old Phone Arena reported following in the footsteps of the Galaxy S10 Plus, the regular Galaxy S10 will appear with a very thin bezel throughout the screen. The design will be combined with a new display hole in the upper right corner.

But this time, the cut-out will appear circular and only place one selfie camera, not two. Another difference that needs to be considered in the Galaxy S10 + is the fact that the regular model features a 6.1-inch screen. While for the large screen variants are at a size of 6.4 inches.

Speaking of the back of the Smartphone, Samsung itself placed a horizontal camera as seen before on the Samsung Galaxy Note series. Unlike the Galaxy Note 9 which is only equipped with 2 rear cameras, while the Galaxy S10 carries three sensors at once.

Rumors taken from various sources, this camera consists of a 12 MP main sensor, 13 MP telephoto camera, and a third camera that offers a wide-angle lens with a capacity of 16 MP. Other leaks show other features such as the power lock, sound control, and special Bixby buttons along the Galaxy S10 aluminum frame. In addition, the lower introductory speaker is expected to be brought along with the USB Type-C port.

The Samsung Galaxy S10 will make its official debut at the end of February at MWC 2019. When the information currently available states the cellphone is supported by Samsung’s own Qualcomm Snapdragon 855 or Exynos 9820, and is equipped with 6 GB RAM and 128 GB external storage. The capacity of the battery is still unclear.