Yes! This folding screen device made by Samsung finally really materialized after previously being introduced to its prototype in November 2018.

The design of the Galaxy Fold is also not much different from the previous prototype design, this smartphone has an external screen measuring 4.6 inches and when the fold is opened, there is an internal screen that is wider, which is 7.3 inches so that it is about the size of a tablet. To support its operation, Galaxy Fold is equipped with an app continuity feature that smoothes the transfer of the interface from smartphone mode to tablet mode.

In addition, Galaxy Fold can also run three applications simultaneously on one screen thanks to the three app multitasking feature. 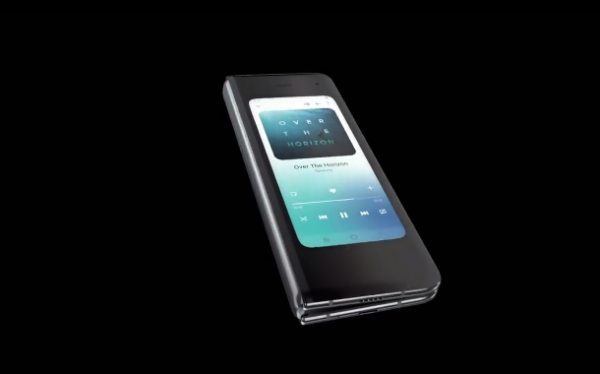 Interestingly, the Galaxy Fold is equipped with 6 cameras, each of which consists of three cameras on the back, one camera on the front, and two cameras on the inside of the device when the user opens the device screen. Unfortunately, Samsung still hasn’t revealed the detailed specifications of each of these Galaxy Fold cameras.

Whereas to support its performance, the Galaxy Fold is powered by a Snapdragon 855 processor which is juxtaposed with 12GB RAM, 512GB internal memory (UFS 3.0), and two batteries with a capacity of 4380 mAh.

Other support in the form of support for 4G LTE and 5G connectivity options, USB Type-C port and fingerprint sensor embedded on the side of the device.