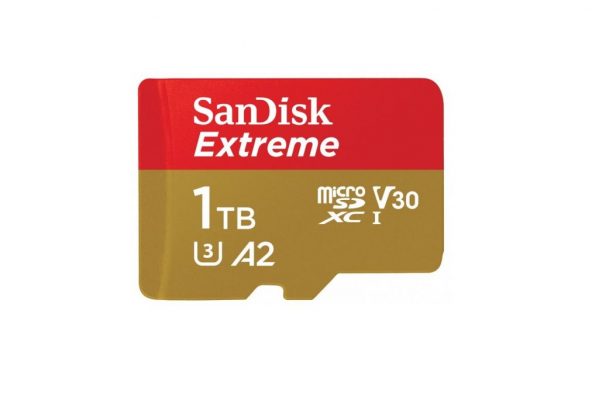 Most smartphones, especially Android, which are equipped with a MicroSD slot are really needed to store important files with limited memory space on smartphones. Previously, MicroSD capacity was also limited and the current development of MicroSD cards, especially those made by Sandisk and Micron, had a capacity of 1 TB that could rival HDD mainstream laptops.

Previously, MicroSD cards only loaded with a capacity of just a few not too large have a limited capacity, but with the capacity of 1 TB MicroSD card is a quality premium product issued by Sandisk and Micron.

Micron and Sandisk cast their premium products in the form of a 1 TB MicroSD card and took place in Barcelona, ​​Spain. Meanwhile Micron stated that the SD card made was the first in the world to be sold commercially, Sandisk offered more that the cards made were the fastest in MWC.

Performably, the Read speed on the SanDisk MicroSD Card is 160MB / s vs. 100MB / s for MicroSD made by Micron. But Micron’s microSD is superior to the Write data, which is a difference of 5MB / s to SanDisk, which achieves 95MB / s.

SanDisk MicroSD is offered at a price that is quite expensive in the range of $ 449 or the equivalent of IDR 6.3 million. While for Micron itself it has not announced how much the price will be offered on its premium products. From the above prices it is only natural to be priced at a price that is quite expensive because of the quite large and first MicroSD capacity in the world.