This cellphone from Sony has been worldwide for a long time and has become an old player in the world of cellphones and cameras. Consumers usually buy a Sony cellphone because the price is affordable at a price of 1 million and above and has good camera quality. Sony is a Japanese gadget product that has been claimed to have a sharp and clear camera quality compared to other smartphones based on price. Even if you want to take photos at night the quality of the Sony camera can be counted on, because with a place that is low in light, Sony can provide clear shots, along with the latest Sony HP prices that you can make recommendations this year.

Apart from the affordable price and clear camera, another advantage offered by Sony that you can enjoy is the keyboard that has a variety of languages, including Javanese, so you don’t need to install other keyboard applications. On Sony smartphones also usually equipped with the Walkman feature, this feature is perfect if you like listening to music.

So you are still confused not what type of Sony cell phone can you make reference material for this year? Here’s the latest price list and specifications.

This Sony cellphone has been released for the past 5 years in the market, Sony Xperia M4 Aqua is currently priced at 1.4 million, you can get it and fortunately you can get it at a cheaper price in the marketplace. The features offered by the Sony Xperia M4 Aqua are quite luxurious, you will get a cellphone with Waterproof certification that you can use to dive in the water and can also selfie in the water without fear of the phone being submerged in water. The Xperia M4 Aqua has a 5-inch screen so that it is practical and fits well not too much in your pocket. Xperia M4 also has anti-dust certification, you don’t need to worry if your cellphone is dirty with dust. The battery capacity provided by Sony for this cellphone is 2800 mAh, which is pretty good for a day with normal usage. The RAM sector is equipped with 2 GB but unfortunately the internal memory is only 8 GB is too small. But there are other solutions to calm down, you can still use a maximum external memory of 128 GB into the cellphone slot. For connectivity this phone is equipped with a super fast 4G LTE network.

This cellphone was released in September 2016 which has advanced features and specifications in the previous series. on the size of its display Sony provides dimensions of 129 X 65 X 9.5 mm and a diagonal width of 4.6 inches smaller than the Sony M4 Awua before. The performance that is produced is quite capable which is equipped with a Snapdragon 650 Hexa Core processor and Android Marshmellow so that the work offered is fairly good. 3GB of RAM capacity and supported by 32GB of internal memory is enough for this year. 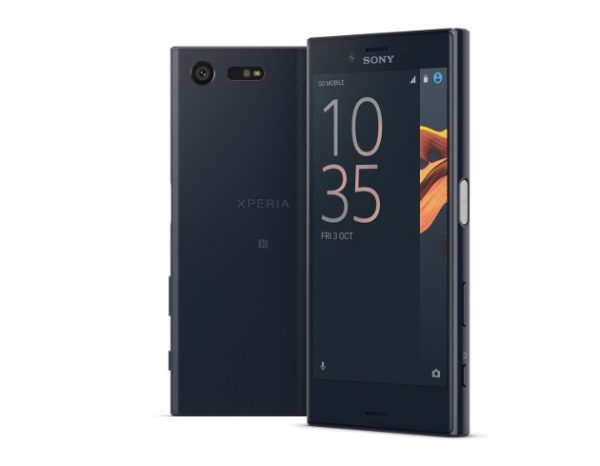 In the camera sector it has a 5 MP front camera resolution and 23 MP later camera. The rear camera is equipped with LED Flash and video recording capabilities up to HD. On the resistance of the battery itself is smaller than the previous series of only 2700 mAH. The price range for this cellphone in this year is around 1.3 to 1.5 million rupiah.

A year older than the X Compact, there is the Xperia Z4 which was released in 2015. The Sony Xperia Z4 provides a larger 2930 mAh battery capacity which is quite comfortable to wear. For the photography sector, a resolution of 20.7 + 5.1 MP is provided that is suitable for you photography enthusiasts. This cellphone has provided a super fast 4G 3G 2G network. Sony Xperia Z4 has a screen dimension of 5.2 inches. In this series, Sony also released a variant of ROM that you can choose, namely 32GB ROM and 64GB ROM, each of which supports 3GB of RAM which has fast performance. the price of the Sony Xperia Z4 at Bukalapak is priced at just under 1 million.

From the list, the Sony Mobile phone above is only for your reference if you want to buy a Sony HP with features and quality that are qualified this year. Hopefully the information above can be useful for all of you.