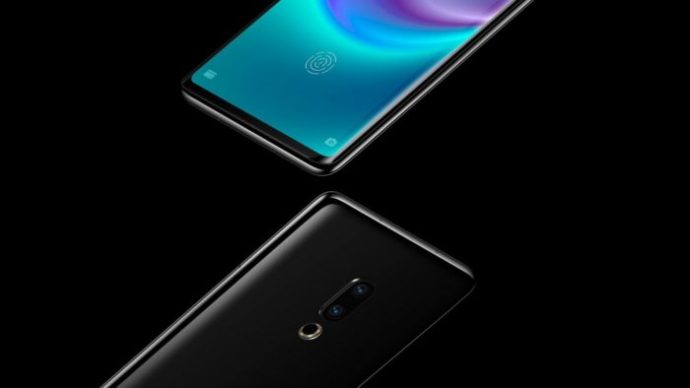 Some time ago, a Chinese vendor, Meizu, officially launched its newest flagship smartphone, Meizu Zero. Uniquely, Meizu Zero comes with a very beautiful design without any physical buttons, speaker holes, and even a USB port for charging.

For physical buttons, such as the volume buttons and power button on Meizu Zero this is replaced by a virtual pressure buttons located on the side of the device. Users simply use gestures to turn on or turn off the device screen.

To replace the speaker hole, Meizu Zero uses piezoelectric transducer technology or mSound 2.0 which is capable of issuing sound through the device display. Meizu Zero is also equipped with fingerprint sensor technology on the screen.

Navigation buttons on Meizu Zero, such as the home button, back, and recent apps are equipped with the haptic feedback function. Meizu Zero carries a 5.9-inch AMOLED screen with Full HD + resolution (1080 x 2160 pixels), this smartphone screen is enhanced with a 2.5D Curved Reinforced Glass design that curves on each left and right side.

To support its performance, Meizu Zero is powered by a Snapdragon 845 processor and its interface using Flyme OS 7.1. As for RAM capacity, internal storage memory, and how much battery capacity has not been revealed.

Meizu Zero is also not equipped with a SIM card slot. Instead, this smartphone uses eSIM technology, so it doesn’t use a physical SIM card. Turning to the photography sector, Meizu Zero is equipped with a dual-camera on the back that has 20 MP resolution, Sony IMX380 + 12 MP sensor, Sony IMX350 sensor and AI technology support. While for the 20 MP resolution front camera.

It is not known when Meizu will release Meizu Zero to the market. It is probable that detailed information related to the smartphone will be announced at the MWC 2019 next event.